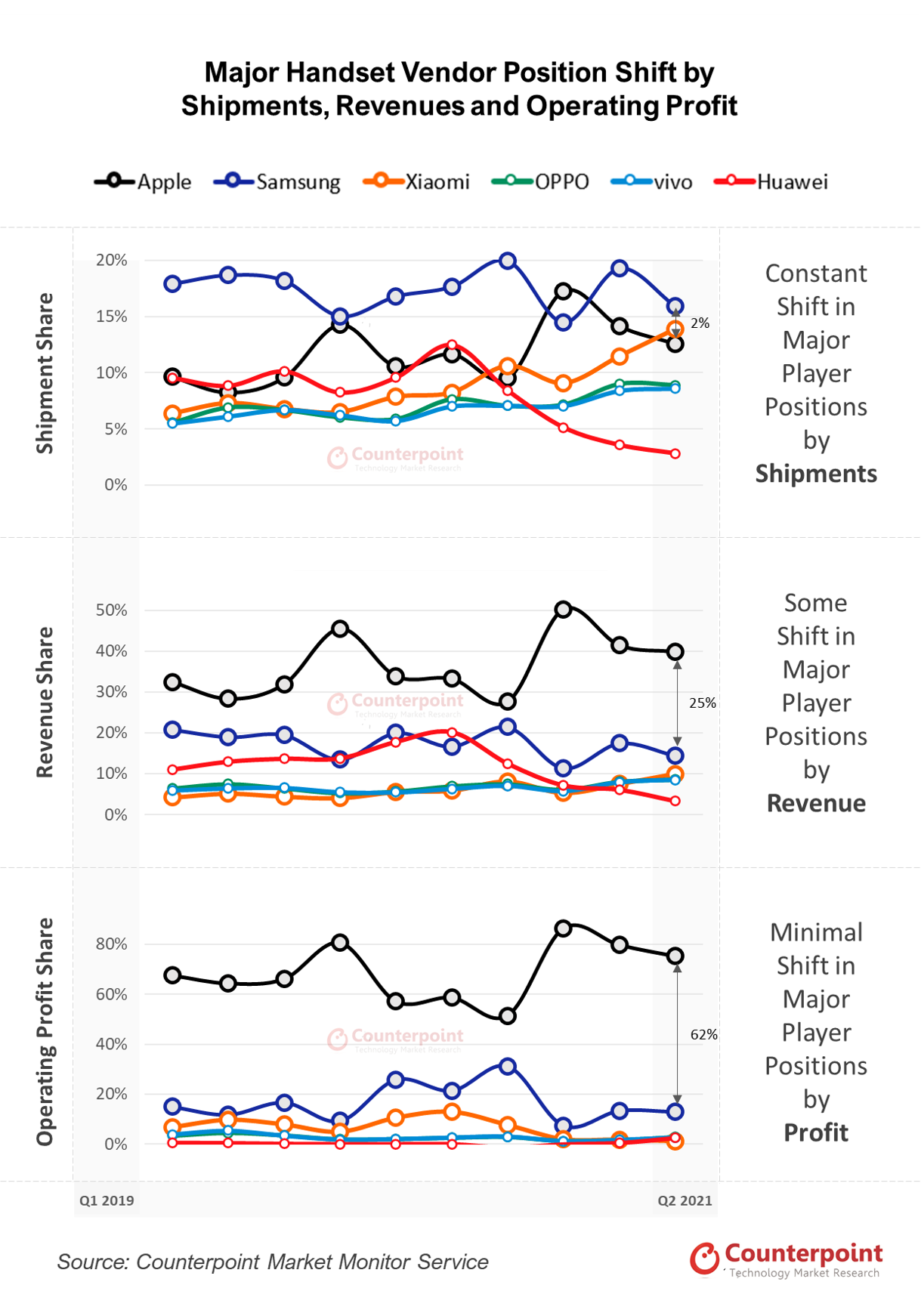 Apple has been the biggest profit and revenue generator in the handset business. In Q2 2021, it captured 75% of the overall handset market operating profit and 40% of the revenue despite contributing a relatively moderate 13% to global handset shipments. While this performance shows the power of the Apple brand, it is still lower than the peak of Q4 2020 when its revenue share reached a staggering 50%, up from 28% in Q3 2020, and its profit share reached an unprecedented 86%, up from 51% in the previous quarter. While there was a significant jump in its shipment share, from 9% to 17% in the same period, the extent of its revenue share reflects the success of its first 5G-enabled iPhone series.