Aran Ali in the Visual Capitalist:

In the case of Tesla and their rapid ascent to the top of the global automobile business, this might be true. After all, the electric vehicle company somehow manages to spend $0 on advertising year after year, despite the fact that marketing is typically a significant expense line item for most other auto manufacturers.

On the flip side, Tesla is spending an average of $2,984 per car sold on research and development (R&D)—often triple the amount of other traditional automakers. 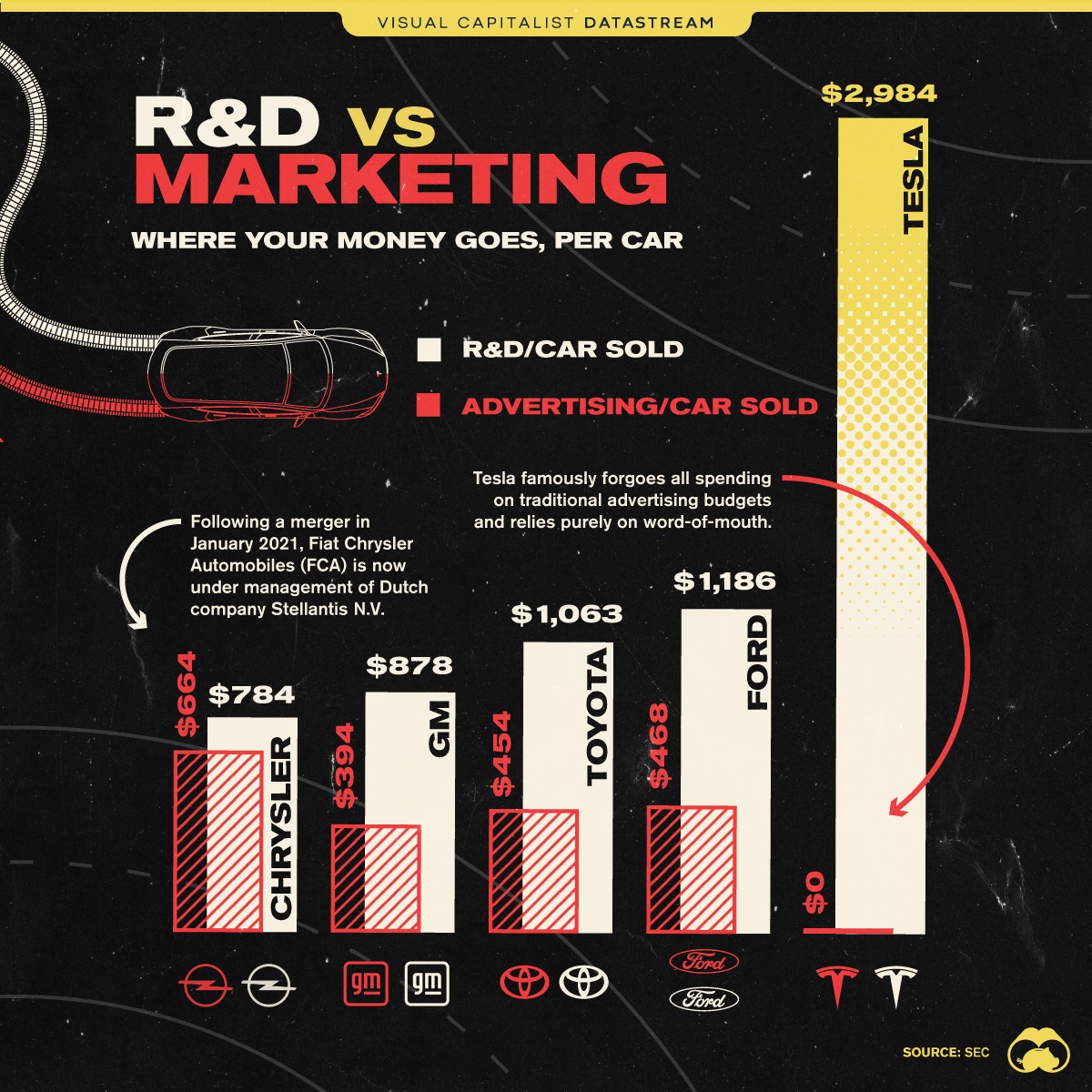 Tesla has an overwhelming brand recognition in the EV market. For now they can afford to take the ‘build it and they will come attitude,’ however, as the competition grows they are going to have to spend in the traditional ad market space.