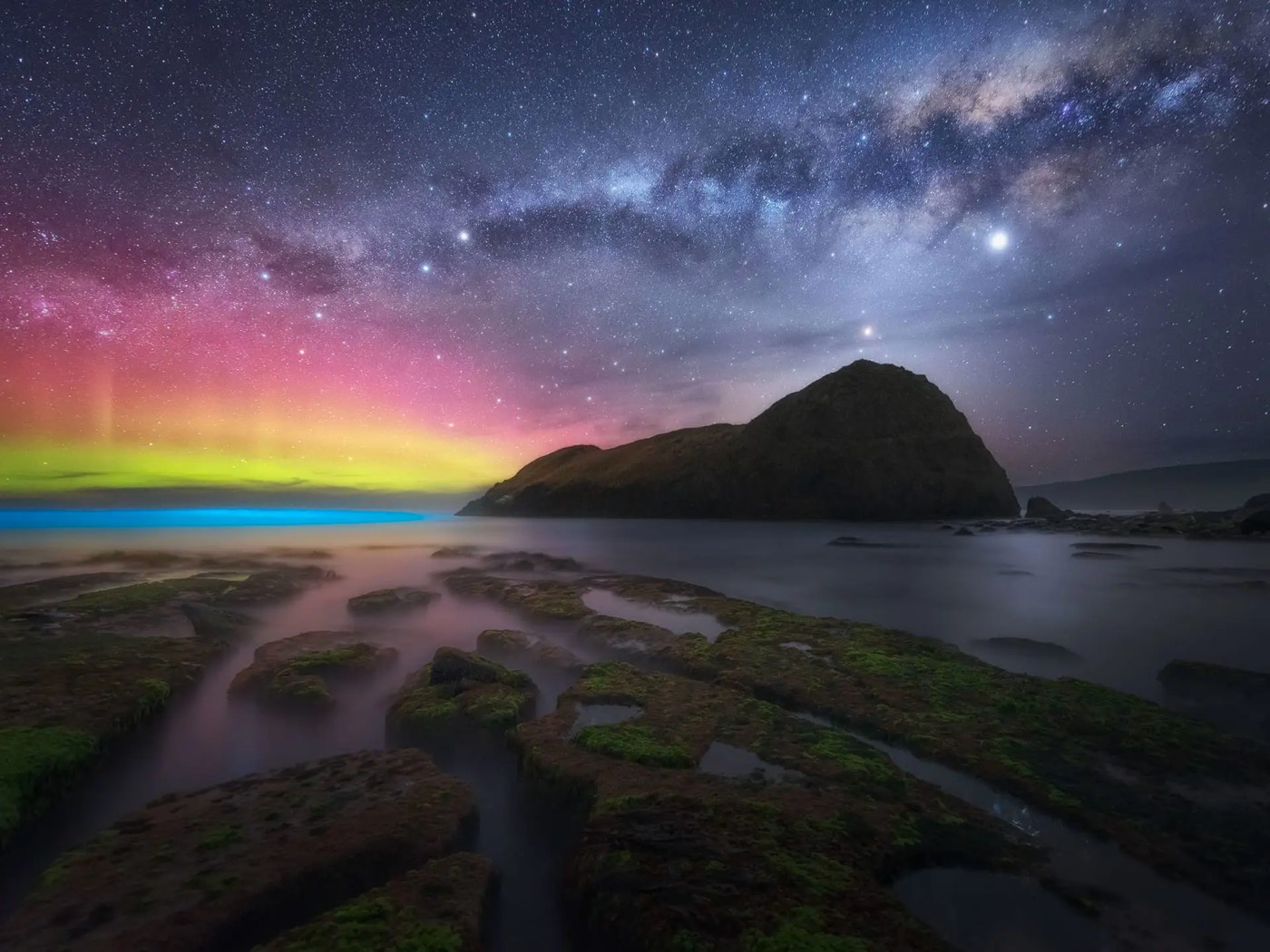 Maze’s photo, of the aurora australis in Tasmania, is stunning — one of the best astronomy photos I have ever seen. Here’s how he captured it:

Captured in this image is a trifecta of astronomical phenomena that made for some of the best astrophotography conditions one can witness in Australia, namely, the setting Milky Way galactic core, zodiacal light, and of course, the elusive Aurora Australis. On top of this, a sparkling display of oceanic bioluminescence adorned the crashing waves, adding the cherry on top to what was already a breathtaking experience.

Having been out of reception and civilization for over a day, fellow photographer Luke Tscharke and I had no idea the aurora would strike on this night. We’d just heard rumors of a potential solar storm. We could barely contain our excitement when the lights first showed up on our camera’s screens. We later realized we were in the best place on the entire continent to witness the rare show, with Lion Rock being on the southernmost cape of Tasmania and much more cloud-free than the rest of the state at the time.

The colors that our cameras picked up were incredible, too. Rather than the classic green, the display ranged from yellow and orange to pink and purple. When I’d captured enough frames that I was happy with, I simply stood by my camera with my head tilted towards the sky, occasionally swirling my hand around in the sparkling water by my feet. I’m forever grateful for moments in nature like this that show us the true wonders of our planet.