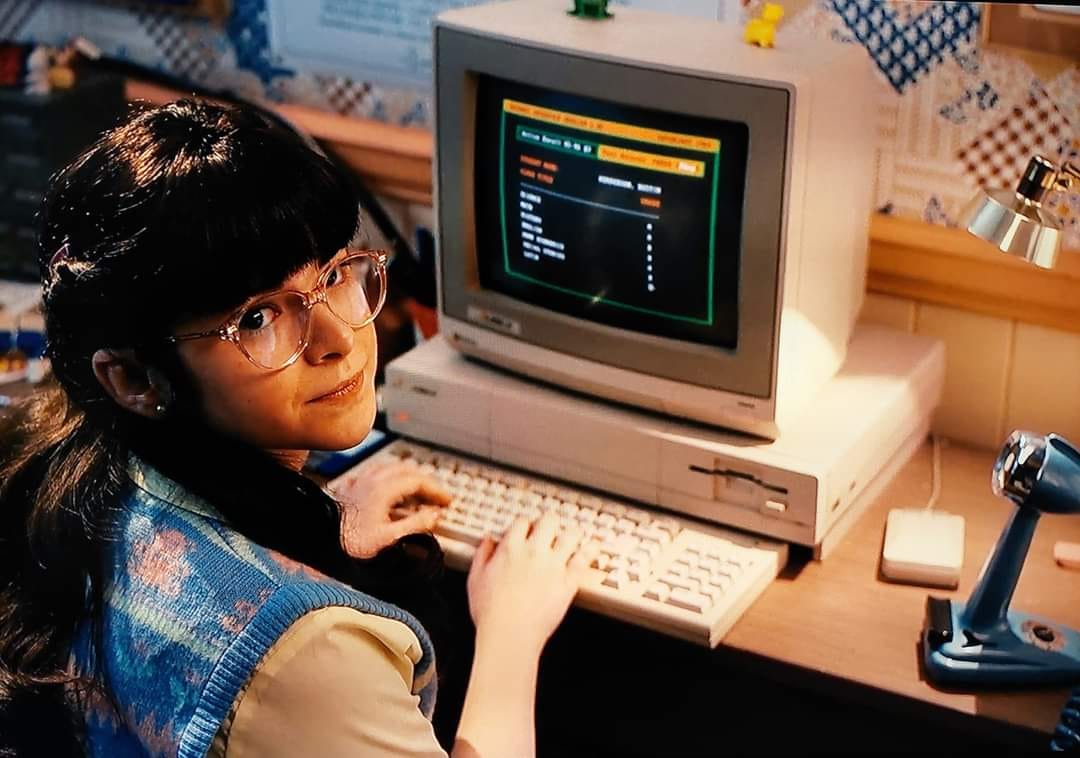 I just started to watch Stranger Things. Not because everyone was talking about it - but because of the nerd nostaglia factor. A bunch of middle school friends sit around playing Dungeons & Dragons, ridding around town on their bicycles at all hours of the night, and parents who don’t really care to know where there kids are every minute of the day.

They even have BASIC as a plot element. And the reference don’t end there - Commodore 64s, NES, Tandy and to my surprise and delight the Amiga!!!! Okay they didn’t get it all correct - but the mere fact it was there blew my mind.

Of course it’s fun to see the Amiga make an appearance in a high profile show like Stranger Things, but I do feel they dropped the proverbial ball this time. After a pleasantly accurate depiction of mainframe BASIC, decades of hardcore Amiga zealotry forbids me from simply accepting this as a bit of telly. They clearly had all the makings of accuracy right there; the OS screenshots, icons, mouse pointer, even the block cursor. When it’s that close, fumbling with the details is somehow more annoying than just phoning it in completely. If there was a reason for it, it completely escapes me. Would Topaz and standard window titles have been terribly boring? Would C, BASIC or Assembly code look less appealing than HTML? We may never know.

Don’t even get me started on the season 4 soundtrack – Master Of Puppets!!!! Ah the 80s - the greatest decade!