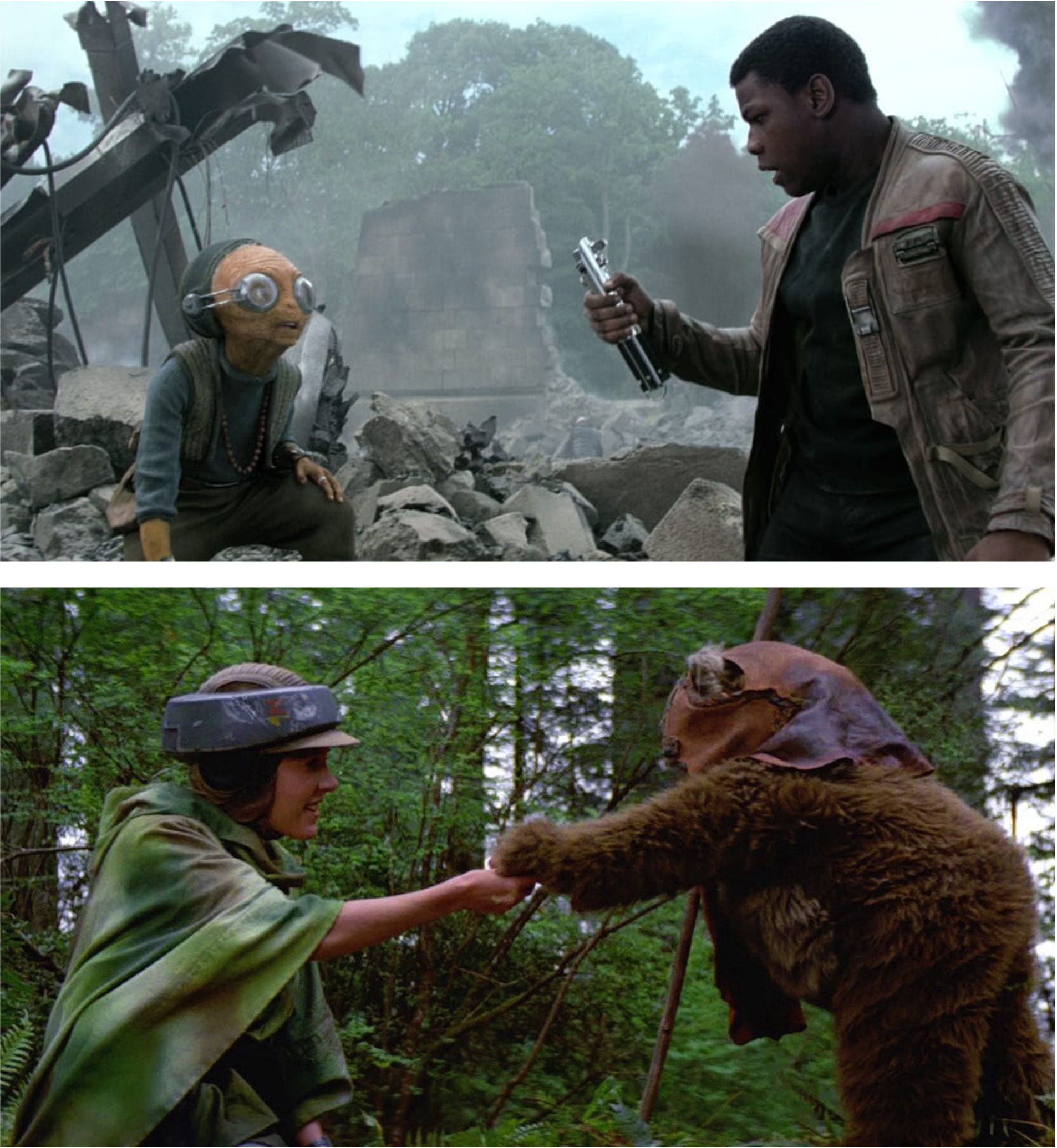 Erik Hoel in take on modern cinema’s over reliance on CGI:

The problem is easiest to catch in the sci-fi and fantasy genres. There it is tempting to make use of the full horrors of graphics and post-production processing. It’s undeniable that remakes, from An American Werewolf in London to The Thing to the A Nightmare on Elm Street, have vastly inferior CGI effects compared to the original practical ones. Indeed, this over-reliance on CGI has ruined some of the best genre series. Consider Peter Jackson’s decline from The Lord of the Rings to The Hobbit trilogy. Or The Matrix’s sequels, which eschewed the original’s acrobatic stunt wire-work and practical fight scenes for the digital realm (a cosmic irony if there ever were one). The old original Star Wars trilogy comes to us as dispatches from a gritty world—it is a tighter world, yes, the shots are necessarily smaller, more closely-framed, but it all feels more viscerally real. Ever since the release of the Star Wars prequels in the 1990s, the actors stand apart from digital ghosts they can’t see.

Trends in cinematography are like fashion or architecture: almost impossible to see while you’re in them. We are always blind to our own age. Yet our era is dated very easily by the incredible unreality of its films, the fantasy of the whole thing, its emphasis on post-production and unreal colors and textures. It’s all just one long high-budget computer game cutscene. Your brain knows the difference, unconsciously, implicitly. And while we may have become accustomed to the digital slop we’re fed, the eyes of the future will pick it out, photon by photon, and judge.

Its going to be really sad when we re-visit these movies a decade or two from now and they will all look so terrible. Star Wars: A New Hope still holds up - Stars Wars: The Force Awakens already looks silly in comparison (I am just referring to the visuals - not the lack of plot).