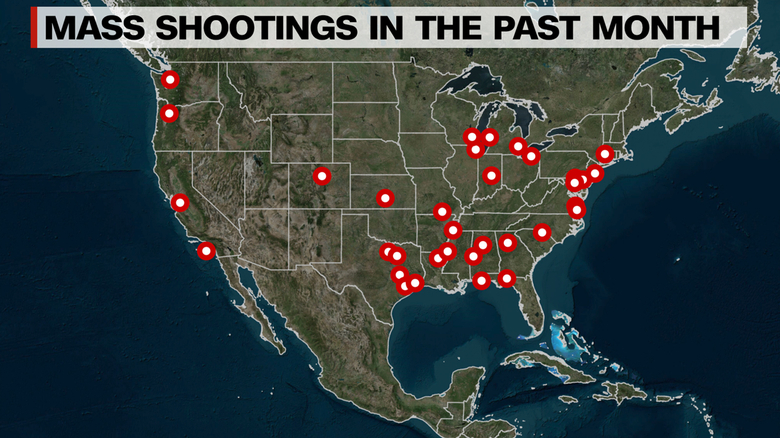 In the last month, the US has reported at least 45 mass shootings. Most of these horrifying events don’t even get reported on the news. And why would they? In the United States more than 33,000 people die from gun violence each year.

We have become numb to the daily onslaught of death and carnage that rages across our streets. Having the most heavily armed society in the world will not lead to a free society.

Arendt offers two points that are salient to our thinking about guns: for one, they insert a hierarchy of some kind, but fundamental nonetheless, and thereby undermine equality. But furthermore, guns pose a monumental challenge to freedom, and particular, the liberty that is the hallmark of any democracy worthy of the name — that is, freedom of speech. Guns do communicate, after all, but in a way that is contrary to free speech aspirations: for, guns chasten speech.

This becomes clear if only you pry a little more deeply into the N.R.A.’s logic behind an armed society. An armed society is polite, by their thinking, precisely because guns would compel everyone to tamp down eccentric behavior, and refrain from actions that might seem threatening. The suggestion is that guns liberally interspersed throughout society would cause us all to walk gingerly — not make any sudden, unexpected moves — and watch what we say, how we act, whom we might offend.

It will lead to a fearful, paranoid, and frightened society. For the future of our children and our democracy, lets stop worshipping our great Gun god.