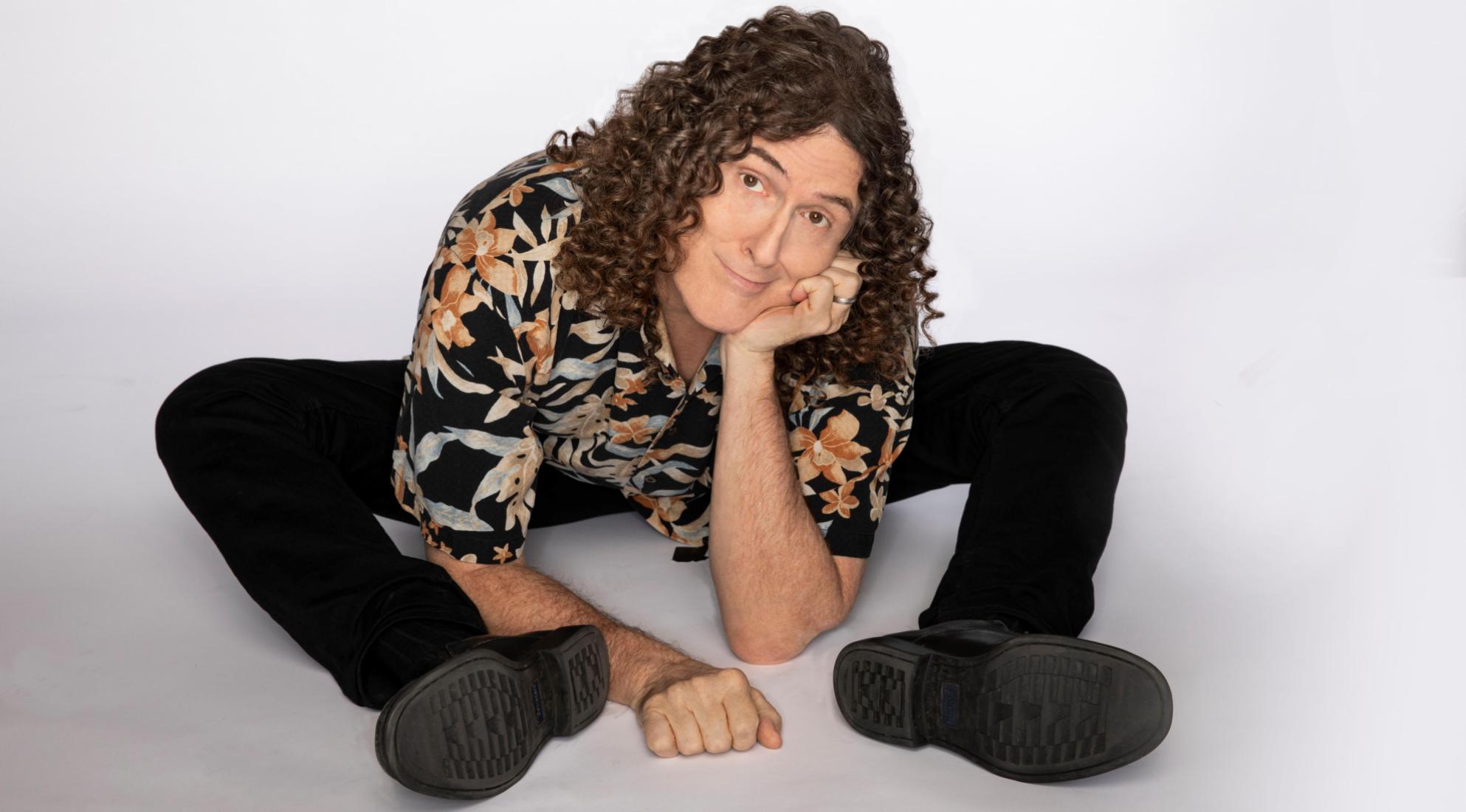 Known for more than forty years as America’s premier satirist of popular music and culture, “Weird Al” Yankovic (aka, Alfred Matthew Yankovic ) has had almost as many careers. He has accordingly been a comedian, singer/songwriter, music producer, actor, director, and writer–often all at the same time. Mr. Yankovic has won five Grammy Awards and has sold more comedy recordings than anyone else in history.

Sam Andeson writes on the legend of Weird Al Yankovic :

Weird Al has now been releasing song parodies for seven presidential administrations. He has outlasted two popes and five Supreme Court justices. He is one of only five artists (along with his early muses, Michael Jackson and Madonna) to have had a Top 40 single in each of the last four decades. Yankovic has turned out to be one of America’s great renewable resources. He is a timeless force that expresses itself through hyperspecific cultural moments, the way heat from the center of the earth manifests, on the surface, through the particularity of geysers. In 1996, after Coolio’s “Gangsta’s Paradise” became a national earworm, Weird Al took its thumping beat and its heavenly choir and turned it into “Amish Paradise,” a ridiculous banger about rural chores. When Chamillionaire’s “Ridin.” hit No. 1 in 2006, Weird Al took a rap about driving in a car loaded with drugs and translated it into a monologue about the glories of being a nerd. Whatever is popular at the moment, Yankovic can hack into its source code and reprogram it.

His work has inspired waves of creative nerds. Andy Samberg, the actor and a member of the comedy group the Lonely Island, told me that he grew up having Weird Al dance parties with his family. “Each new generation of younger kids is like, ‘Wait, this can exist?’” Samberg said.

Lin-Manuel Miranda, a Weird Al obsessive, credits Yankovic as an influence on “Hamilton.” Miranda once lip-synced “Taco Grande” (a Mexican-food-themed parody of the 1990 hit “Rico Suave”) in front of his sixth-grade class, He told me that he prefers many Weird Al songs to the originals. “Weird Al is a perfectionist,” Miranda said. “Every bit as much as Michael Jackson or Kurt Cobain or Madonna or any artist he has ever spoofed. So you get the musical power of the original along with this incredible twist of Weird Al’s voice and Weird Al’s brain. The original songs lose none of their power, even when they’re on a polka with burping sound effects in the background. In fact, it accelerates their power. It’s both earnest and a parody.”