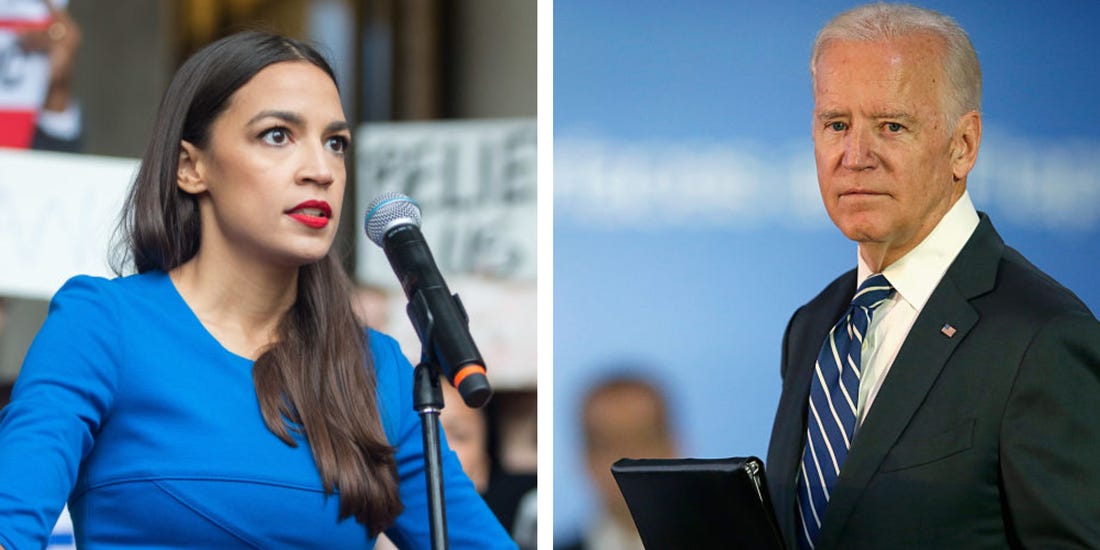 Froma Harrop argues that Alexandria Ocasio-Cortez (AOC) should leave the Democratic Party because she is not playing nice and stepping in line.

Alexandria Ocasio-Cortez was not entirely wrong when she said, "In any other country, Joe Biden and I would not be in the same party," in an interview with New York magazine.
..
..
..

Ocasio-Cortez most likely doesn't have the guts to leave the Democratic Party probably for the same reason that Bernie Sanders ensures he has the "D" after his name whenever he runs for office. In the 2006 and 2012 Senate races, Sanders ran as a Democrat in the primary, then refused the nomination when he won so he could run as in Independent without facing a Democratic challenger.

AOC might also want to also have it both ways, using the Democratic designation to get elected in her liberal district while bashing the party that gave her power.

If AOC identified as a Democratic Socialist in 2020, she could conceivably win reelection to Congress, given her celebrity and her genius on social media. And she wouldn't have to be in the same party as Joe Biden. Why doesn't she try it?

To answer her question, that’s what a political party is for. It’s not a hobby; it’s not an association for making friends or hosting stimulating conversations and seminars; it’s not “a 30-year project”. Its purpose is to win and exercise power in the here and now. If AOC can use the Democratic party and mold the party for a new electorate - in my opinion that’s a good thing.