I have always been fascinated by Fisheye lenses. Their crazy 180 degree (and sometimes more!) angle of view leads to some crazy images. However, I could never justify owning one as I had no idea what I would be using one for - besides the occasional goofy portraiture. 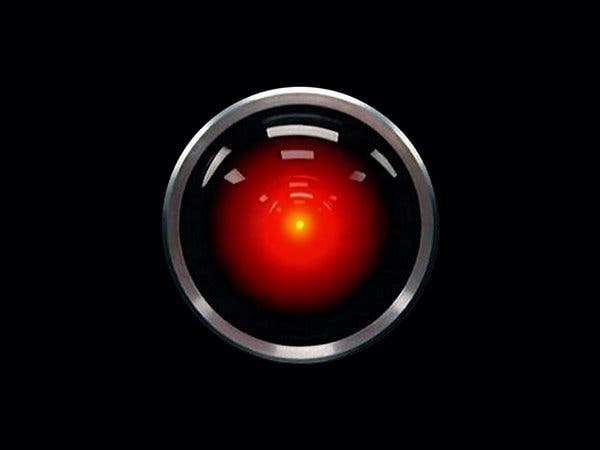 But here an interesting article over at Kosmo Foto about another use for a Nikon 8mm F8 Fisheye.

HAL 9000 needed to be all-seeing — the film’s plot hinges on his ability to detect a conversation between two of the crew. So he decided to use a camera lens.

The on-screen HAL 9000 — the single “eye” in blazing red — was played by one of Nikon’s most extreme lenses, its 8mm f/8 fisheye. But how did they add the glow? Simple — they used the camera’s very own red filter (R60) which screws on to the back of the lens. Then they simply shone a light through it.

Peter Jackson owns one of the original props now, and showed it to Adam Savage. What a clever use for a $1500+ specialty lens.

There are so many aspects of 2001: A Space Odyssey that were so dead on. HAL 9000 was everywhere. Quietly listening. Quietly analyzing. And Quietly plotting. Its amazing that all of the devices strewn through out our homes are doing the same thing - our iPhones, Alexa, Google Home, etc.

Gives me the chills…