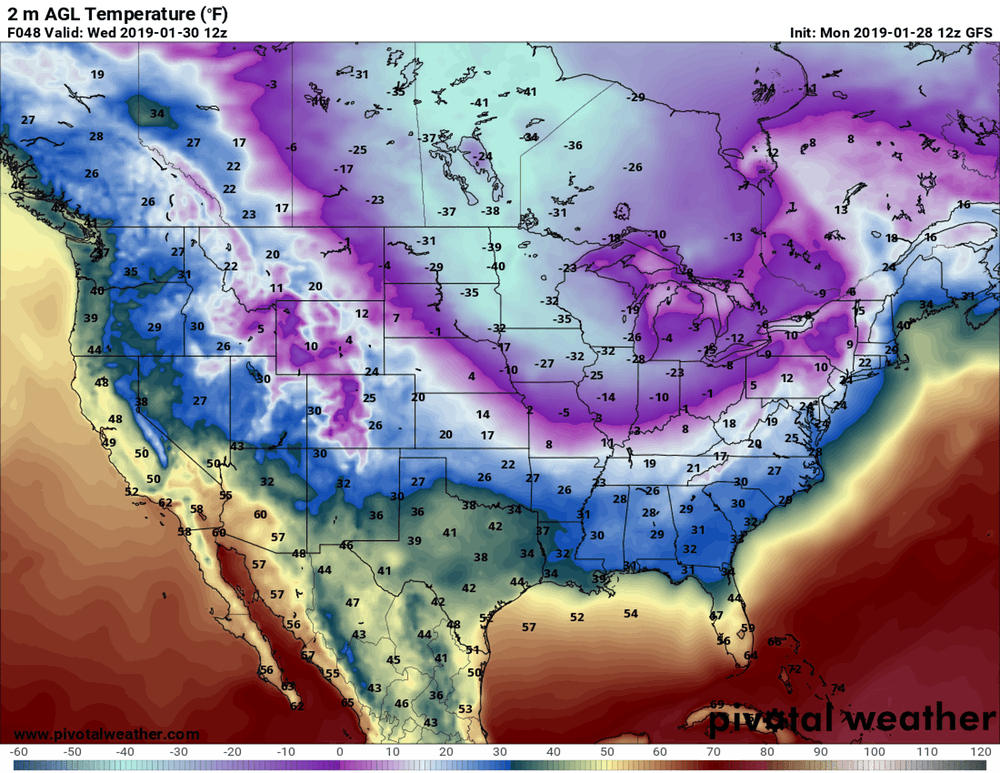 Millions of Americans in the midwdest woke up to temperatures an astonishing 50 degrees Fahrenheit (28 degrees Celsius) below normal this week – as low as 35 degrees below zero. Combine with a strong wind, and the winchill can be as low as -60 F. At the same time, the North Pole is facing a heat wave with temperatures approaching the freezing point – about 25 degrees Fahrenheit (14 C) above normal.

This cold is nothing to sneeze at. The National Weather Service is warning of brutal, life-threatening conditions. Frostbite will strike fast on any exposed skin. Of course the climate change deniers are all out in force smugly asking “What ever happend to Global Warming?”

In the beautiful Midwest, windchill temperatures are reaching minus 60 degrees, the coldest ever recorded. In coming days, expected to get even colder. People can’t last outside even for minutes. What the hell is going on with Global Waming? Please come back fast, we need you!

Jennifer Francis, senior scientist at the Woods Hole Research Center, writes that the polar vortex bringing cold air into the Midwest is connected to the rapidly warming Arctic.

Because of rapid Arctic warming, the north/south temperature difference has diminished. This reduces pressure differences between the Arctic and mid-latitudes, weakening jet stream winds. And just as slow-moving rivers typically take a winding route, a slower-flowing jet stream tends to meander.

Large north/south undulations in the jet stream generate wave energy in the atmosphere. If they are wavy and persistent enough, the energy can travel upward and disrupt the stratospheric polar vortex. Sometimes this upper vortex becomes so distorted that it splits into two or more swirling eddies.

These “daughter” vortices tend to wander southward, bringing their very cold air with them and leaving behind a warmer-than-normal Arctic.