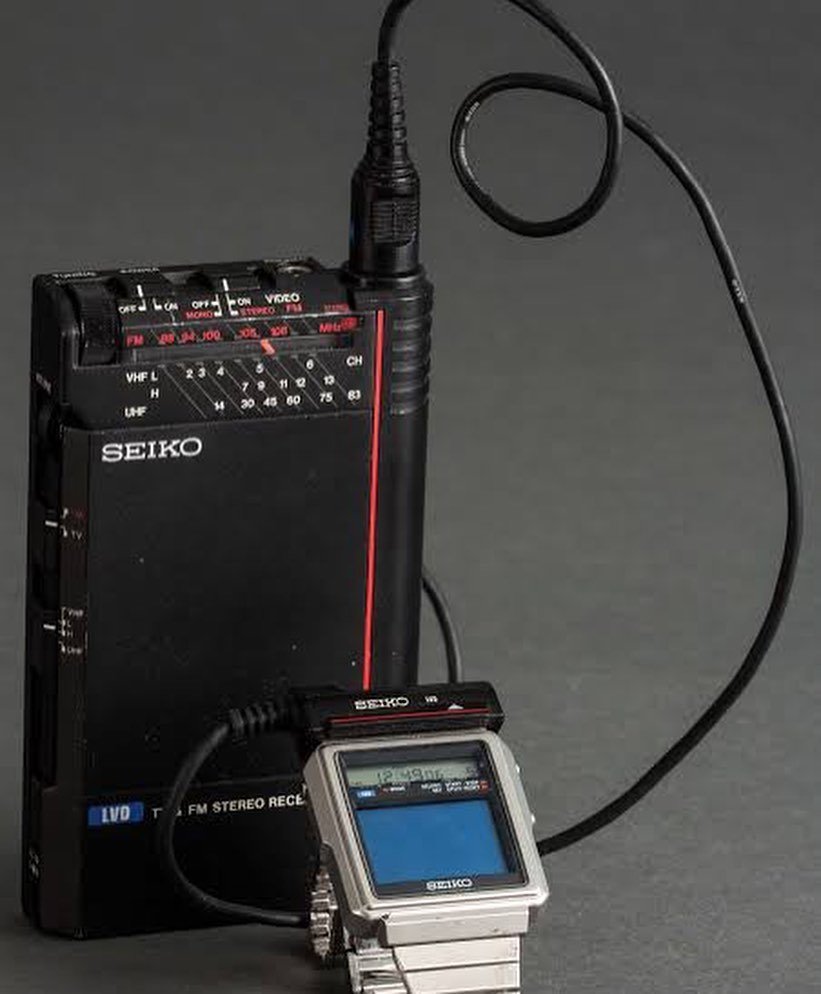 SEIKO TV watch consists of a 1.2-inch liquid crystal display screen set in a standard digital watch. The tiny TV can receive all UHF and VHF channels via an external receiver, connecting to the watch via a cable and connector. In its original function, the watch can be used as a timer and alarm, while the special features also include UKW radio in stereo quality.