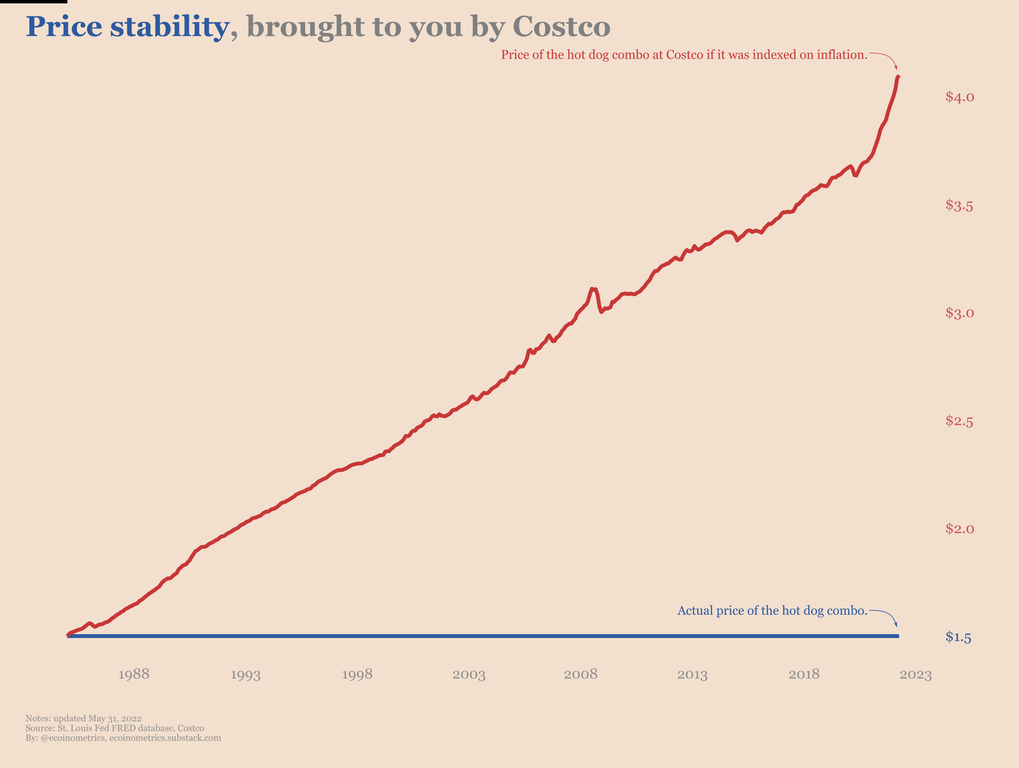 Everything is going up in price. Combine the Corona virus, supply chain constraints, and the government printing money - inflation is at levels not seen in a generation. Just go down to the grocery store and you will feel the sting. But I question how much of this is due to inflation and how much of it is business just taking advantage of the situation.

When Costco’s current CEO, Craig Jelinek, once approached Sinegal, then the CEO, about raising the price of the hot dog, Sinegal told him, “If you raise the [price of the] effing hot dog, I will kill you. Figure it out.”

In 2009, Jelinek did figure it out. Costco stopped using its longtime hot-dog supplier, Hebrew National, and built a Kirkland Signature hot-dog factory in Los Angeles. It later built another one in Chicago. The new factories reduced the production costs for the hot dog, allowing Costco to continue selling the menu item for $1.50.

Jelinek took over as CEO when Sinegal retired in 2012, and the hot dog’s popularity has only grown. In the 2019 fiscal year, Costco sold 151 million hot-dog combos for a total of about $226.5 million. And Jelinek said in Costco’s shareholder meeting in January that he had no intention of raising the price of the hot dog.

It is upon consumers to demand price stablization - and that means voting with our wallets.