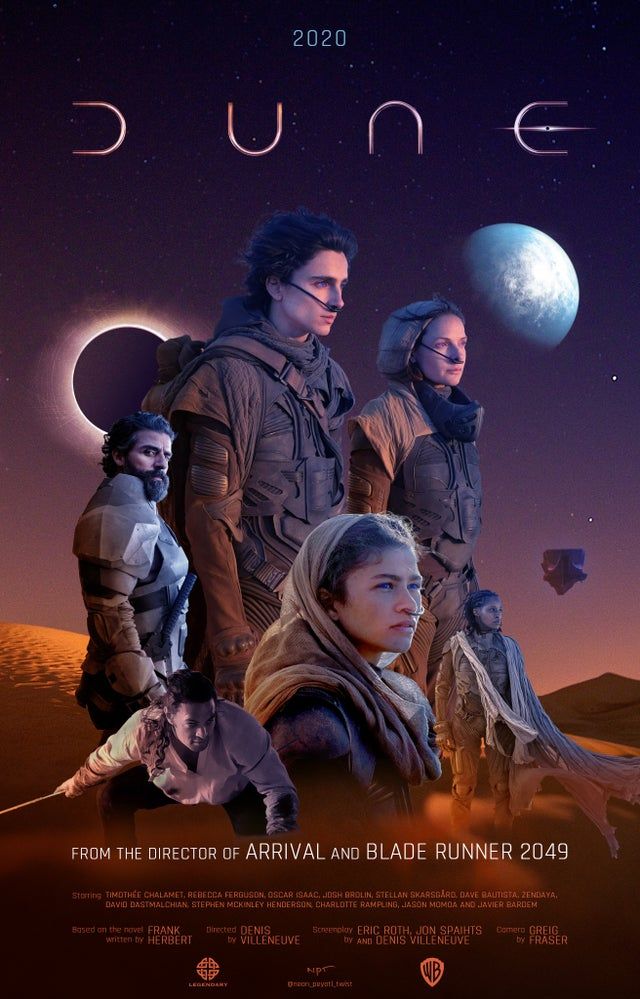 Dune is one of, if not the, greatest science fiction epic ever put to print. It’s influence, even today some 50 years later, is far and wide. Hard to imagine Star Wars would have ever existed with out Frank Herbert’s masterpiece. Hari Kunzru has an excellent write up in The Guardian:

Every fantasy reflects the place and time that produced it. If The Lord of the Rings is about the rise of fascism and the trauma of the second world war, and Game of Thrones, with its cynical realpolitik and cast of precarious, entrepreneurial characters is a fairytale of neoliberalism, then Dune is the paradigmatic fantasy of the Age of Aquarius. Its concerns – environmental stress, human potential, altered states of consciousness and the developing countries’ revolution against imperialism – are blended together into an era-defining vision of personal and cosmic transformation.

Actually, the great Dune film did get made. Its name is Star Wars. In early drafts, this story of a desert planet, an evil emperor, and a boy with a galactic destiny also included warring noble houses and a princess guarding a shipment of something called “aura spice”. All manner of borrowings from Dune litter the Star Wars universe, from the Bene Gesserit-like mental powers of the Jedi to the mining and “moisture farming” on Tattooine. Herbert knew he’d been ripped off, and thought he saw the ideas of other SF writers in Lucas’s money-spinning franchise. He and a number of colleagues formed a joke organisation called the We’re Too Big to Sue George Lucas Society.

They did make a Dune movie staring Sting in 1984 - avoid it at all costs. Wait for this to come out sometime this year:

This trailer exceeded my expectations. I am so hyped to see this in theaters.