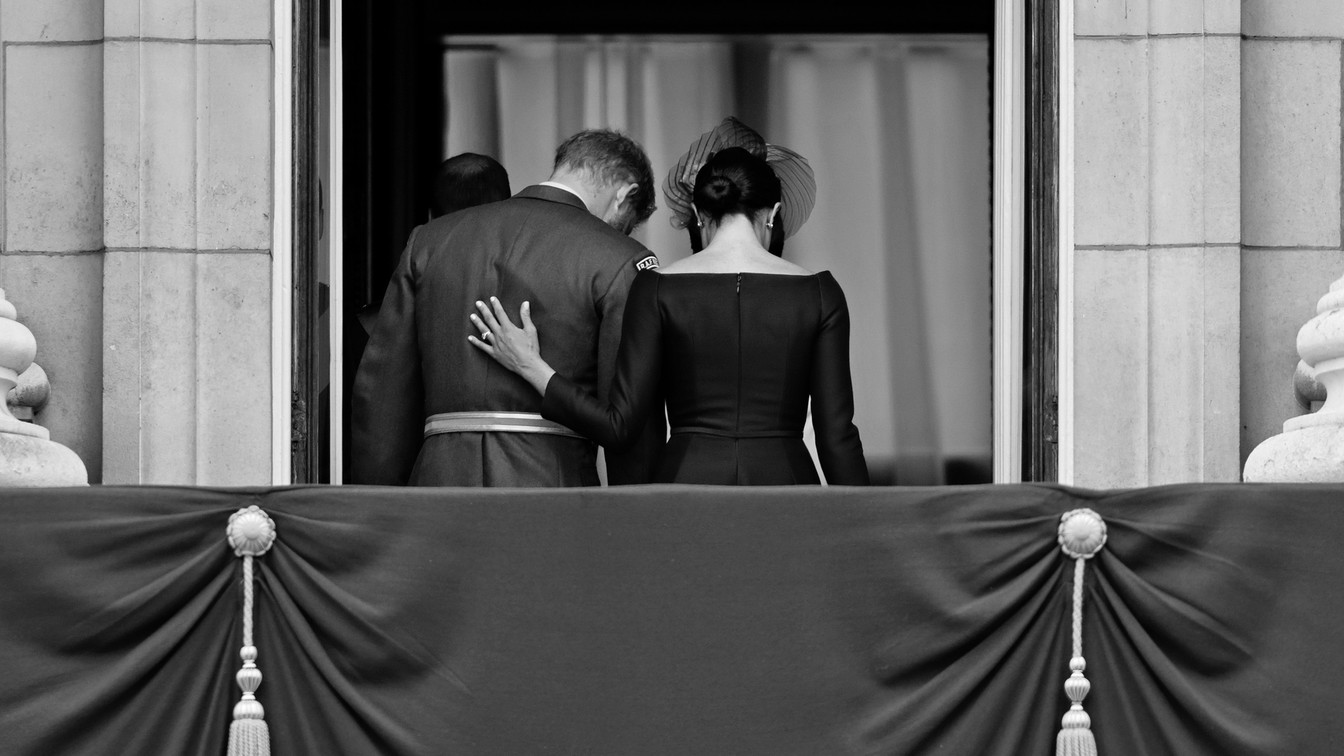 Caitlin Flanagan in The Atlantic:

With the calumny of the flower-girl dresses cleared up, it was time to roll a piece of previously recorded tape, featuring Meghan, Harry, and Oprah squeezed into the young couple’s chicken coop, which is populated with “rescue chickens.” (Meghan: “I just love rescuing.”) What was the best thing about their new life? Oprah asked from inside the coop. The chance “to live authentically,” Meghan said, as though she and Harry were mucking out stables in Hertfordshire, not tending to rescue chickens on a $15 million estate. “It’s so basic,” she continued, “but it’s really fulfilling. Just getting back down to basics.

Part of Meghan’s problem, it turned out, was her naïveté about the workings of the Royal Family, which she had assumed would be similar to the workings of celebrity culture. What was she, Meghan Markle, a simple girl from Los Angeles, to have understood about such an institution as the British? How was she to know that Elizabeth II, by the Grace of God, of the United Kingdom of Great Britain and Northern Ireland and of her other realms and territories Queen, Head of the Commonwealth, Defender of the Faith was in any way different from the Lady of Gaga? One wonders whether her study of foreign service and international relations, her internship at the American embassy in Argentina, and her work with the UN might have clued her in to the fact that a whole world exists beyond the Jamba Juice on La Brea and the set of Deal or No Deal, on which she had once been one of the beautiful “suitcase girls.” Apparently, they had not.

She told Oprah that she had never even Googled her future husband’s name—a remark that united the viewing world in hilarity, time zone by time zone. It was an assertion that strained credulity, but it was necessary to her contention that she’d had no idea that the Windsors had not, as we now say, “done the work” when it came to exploring their own racial biases. Had she herself done some work by punching her beloved’s name into a search engine, she would have understood that she was not marrying the most racially conscious person on the planet. She would have seen pictures of him dressed as a Nazi at a costume party (his great-granduncle—briefly Edward VIII—had palled around with Adolf Hitler) and a videotape of him introducing a fellow cadet as “our little Paki friend.” The Palace said that “Prince Harry used the term without any malice and as a nickname about a highly popular member of his platoon.” But the palace had no good explanation for why Harry introduced another cadet in the video by saying, “It’s Dan the Man. Fuck me, you look like a raghead.”

And Harry sat there beside her, 7,000 miles from home, in the land of rich Californians and Meyer lemons and eucalyptus trees trailing Spanish moss. He had plighted his troth to this unexpected and very beautiful woman; he had hurt his grandmother, and alienated his father and his only brother. He had thought that having Bishop Michael Bruce Curry deliver the homily at his wedding would reverse a thousand years of English racial attitudes, but he had been wrong about that.**He was a combat veteran, a prince, the grandson, great-grandson, and great-great-grandson of English monarchs, and now he was going to have to think up some podcasts.

The amount of entitlement and privilege on display here by these two is repulsive. I don’t feel bad for either of them - Meghan can rescue chickens the rest of her life, and Harry can spend his days in that garden thinking up the next great podcast.

I hope they do well. I really do. Just spare us the details. Please.