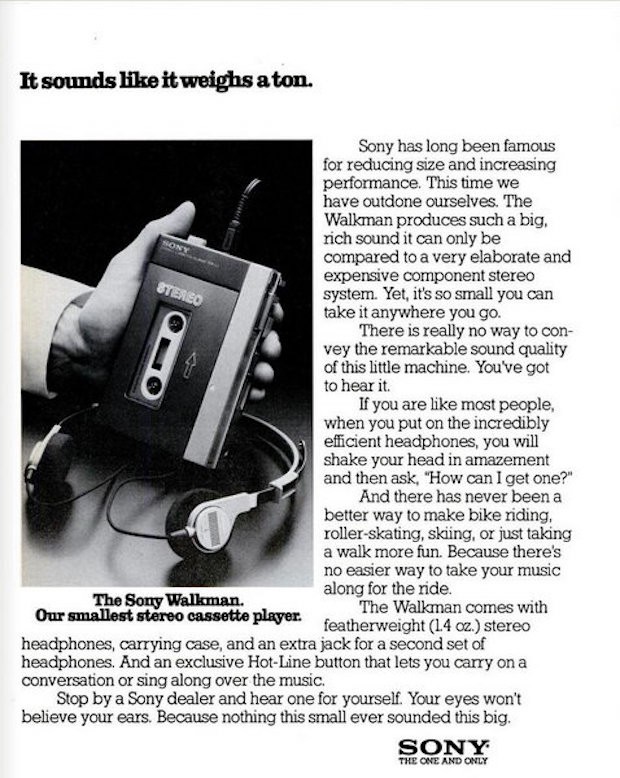 On July 1 of 1979 - Sony first began to sell the TPS-L2 Soundabout, and soon rechristened the Walkman.

It’s weird to think that, in the years before the Walkman, there was no way to listen to music privately while out in public. There were ways to bring music with you — on transistor radios, on boom boxes, on car stereos — but they forced you to subject everyone around you to that music, as well. The Walkman freed us up. It allowed us to make music more a part of our lives, to build our own private soundworlds. 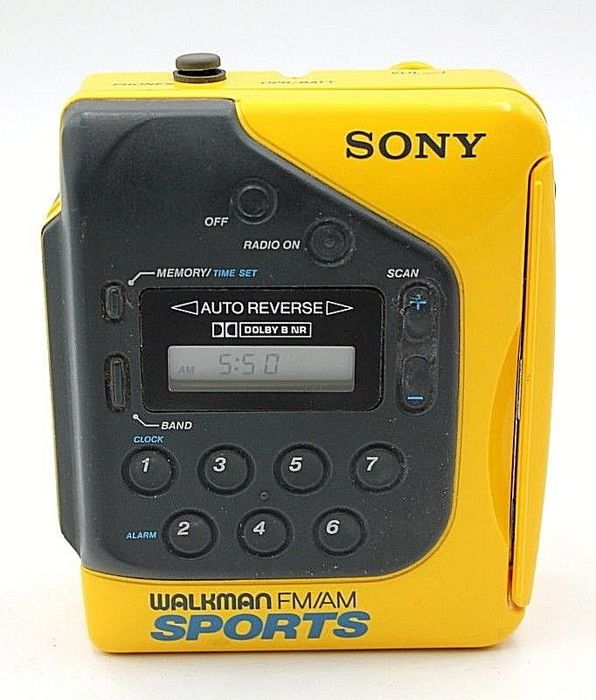 It was a transformative invention, one of the few that utterly upended the way we listen to music. Soon enough, more and more portable cassette players would hit the market, and the price fortunately dropped. But no matter which company made them, we still used the word “Walkman” to describe them.